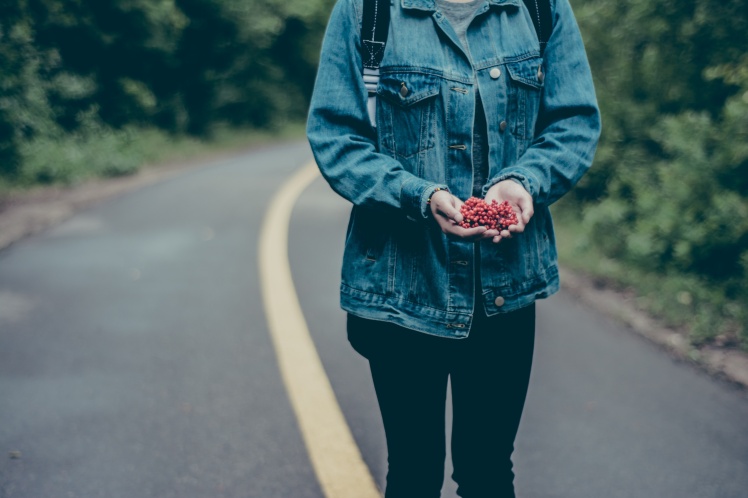 I had an idea already in mind when I woke up this morning for this weekend’s “no-fail” mindfulness challenge that was based on our earlier topic this week: those goals that just don’t quit. More specifically, we talked on Wednesday about the ever-shifting finish line of accomplishment, and how quickly we often transition from “I did it!” to “I need to do this other thing next!” which prevents us from really experiencing the satisfaction of our success, but also creates a less-than-ideal pattern of equating external validation with personal fulfillment. But then, my morning got in the way of my plans, and another idea took the lead for mindfully guiding us through the weekend ahead.

Well before the sun was even thinking about rising today, my day was already underway. I had to catch an early flight, which I’ve gotten in the habit of doing lately because airports are usually empty, the check-in experience is a breeze, and frankly, I can just handle mornings. I pretty much have the routine down to an art/science, and I was super confident in my plan to make it to my gate on time. Maybe you’re already laughing…I am, even as I write this.

So, of course, as you’re probably guessing, I arrive at the world’s busiest airport only to discover the longest lines I’ve ever seen in it. EVER. Longer than the peak of summer travel, longer than two days before Christmas. So long you start to think that those people surely must be waiting for something else. Is the IHOP running a special? Starbucks down to one barista? Nope. Need to catch a plane today? Get. In. Line.

So I do, and I breathe. It’s ok, it’s out of my control, surely it’s not as bad as it looks. I stare at the clock on my phone, and feel my breathing stop. So, I breathe again…until finally I realize that this math is just not adding up. After an hour in line, I’m at risk of missing my flight, which can’t happen. Thanks to my relentless optimism (as I like to think of it), I have a fully booked day of back-to-back commitments once I land, and a rescheduled flight is not in the cards. I know, I know! Deal with it, right? Life throws you curveballs, plans are meant to be broken, this is a first-world problem…I get it. I really do.

I politely asked the next TSA agent I saw if she could help me. She very politely said no. So, I asked another one a few minutes later. She also took a pass on my request. My breathing at this point is not so much happening, but as I’ve told you before, this mindfulness journey is just as much for me as it is for you, and I know I’m still working on it.

I decided there was one last possibility for saving the day.

Yes, that’s right, I decided to start asking the people around me for help, aka, to cut in line like Beyoncé at the club (even with the twins). The hardest part? Getting their attention. Even people who aren’t staring at their phones or experiencing the world through their earbuds are mostly checked out. Yes, it was early, and it’s possible that some of them were asleep standing up with their eyes open. But at least some of them were just up in their heads, mired in thoughts, so distracted that they didn’t notice a panicked woman asking for their help until she was right smack in front of their faces.

That said, once they snapped out of it, (or into it, as you might argue) they were all about it. The woman in the cute glasses was like, “No problem,” even though she’d been in line for ages, too. Then, the guy in front of her let me in front of him, and the guy in front of that guy did the same. Did I ask them? Nope. They were just being nice.  The first woman’s kindness was contagious. Thanks to them, I made my flight by minutes.

Now, let’s get a few things straight. I am white, I speak English without an accent (well, a little Jersey-meets-Georgia sometimes…), and I was wearing nice clothes. In the context of an American airport, I was carrying a lot of inherent privilege with my bags. But, the strangers could have said no. They had been in line for a long time, and could have told me to take a hike, or continued to ignore me. They could have been irritated by my privilege, and decided I could enjoy that spot at the back of the line. But they chose not to, and it helped to (so far!) save my day.

I should know by now not get ahead of myself with these assumptions about how a day will go…but, I’m grateful.

So, back to our main point. For this weekend’s mindfulness challenge, pay attention. Look around you. Where can you insert even a small kindness that could radically improve someone’s day? There’s a saying that everyone around us is fighting the same battle, and it’s true. We’re just usually good at hiding our struggle, and dislike asking for help until it’s absolutely necessary. But, we’re also pretty sensitive beings, and can tell when someone around us needs a little extra help – if we’re paying attention.

Before you head into the weekend, catch your breath. Find a little quiet stillness. Check out your internal terrain today. Come into the present moment and the space in which you actually, physically find yourself. Connect to the people sharing it with you, whether you know them or not. Hold a door, put a dollar in the dish, offer a compliment that surprises someone. Notice the way that kindness spreads out, but also fills you at the same time. There’s no telling what effect it may have, just because you made the effort to notice.

One thought on “No-Fail Friday: Gifts in kind”

Love this reminder from @wisdomlabs 📝 🙏🏼