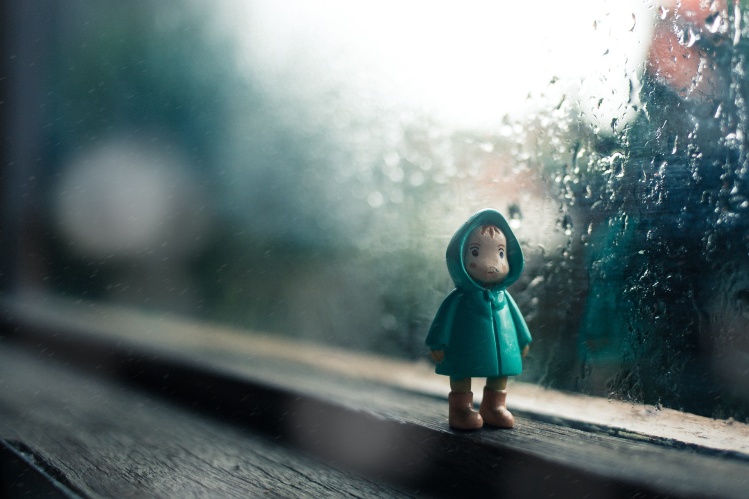 We live in time when things can change fast. Everything moves fast, from transportation to communication, and as a result, so do we. Our bodies move around from one place to the next, fulfilling jam-packed agendas, “multi-tasking” along the way. (You know I put that quotes because there’s really no such thing…see bullet #3.) Our thoughts race incessantly from one topic to the next, often trailing off in incomplete sentences and waves of distraction. We’re all about change, chasing the newest of everything, from material things to information. We can’t go a minute without looking at our phones because who knows what we might have missed in those precious 60 seconds of flux?

We know nothing stays the same, and we love it. Except for all those times when we don’t.

When the going gets tough, even the tough believe it’s never going to end. That’s why they’re tough, right? They’re ready for the long haul.

It kind of doesn’t make sense, when you think about it, because one of the things that mindfulness reveals to us is how much we want to escape from discomfort. But all the scrolling, consuming, and zoning out in the world are just temporary pauses in midst of sadness, frustration, grief or anger. They won’t make them go away, which you realize when the numbness of distraction wears off. If anything, they delay your ability to process what you’re actually feeling. They contribute to its longevity.

You can run away from difficult thoughts and feelings, but when you come back, they’re still gonna be there. Developing the ability to observe them without pushing them away or diving in to wallow in them provides the clearest path for their departure.

The average emotion passes through the body in about 90 seconds. However, like any company, if you show them attention, and maybe even a little feeding, they’re gonna stay longer. So why would you do that? Who wants rude company to hang around?

Because you’re used to them. Their discomfort is familiar – comfortable, in a way. You know all the stories about how it’s never going to work out, you’re never going to be happy in that particular way, or reach that level of accomplishment you’re seeking, because you wrote them. Someone else in your life may have given you the script, but you keep running the scenes on a loop.

Next time you’re twisted up in some negative feelings, take an internal step back and name them. “I’m feeling angry.” Say it, over and over, until you realize it’s just a fact. You remember our fave quote from Pema, right? It’s the weather. It’s definitely happening right now, but it’s not going to stay forever.

Even the rain can be beautiful. It’s cleansing, and its clouds are constantly moving. Passing over, passing by, leaving the terrain nourished and the sky bright and clear after its departure.